Some people snicker when they hear that the wild needs protection. After all, it’s the wild we are talking about. In the wild, many plants and animals pose significant danger to the human population. Have you ever thought of petting a wild tiger or lion? That would be insane, right? So how come you often hear about protecting the wild these days? I’m pretty sure that these feral animals can very well take care of themselves and don’t need our help at all. In some way, it is true. However, if you look at the bigger picture, you’d understand why there is a need for wildlife protection at all. 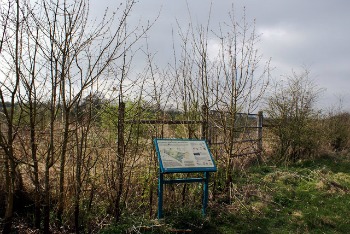 The problem with humanity is we only think for ourselves. We don’t think for other, sometimes partly endangered, species. As the most superior species on the planet, we use this intellectual edge in taking advantage of our rich natural resources without regards to the future generation. Let us not forget that our lives are fleeting yet the damage we create lives on. Is the kind of legacy you want to leave behind to your predecessors: a drab and lifeless planet because you have used up almost everything it has to offer during your heydays? I feel for all the future generations who have nothing left to enjoy from Mother Nature.

Protecting wildlife is critical to human civilizations and sustainable development, a Chinese envoy to the United Nations said on Tuesday, calling for more efforts to combat illegal trade in wildlife.

“As wild flora and fauna directly bear on the health and security of global ecosystem and our common homeland, their protection is critical to human civilizations and sustainable economic and social development,” Liu Jieyi, China’s permanent representative to the United Nations, told a high-level event on illegal wildlife trade, which was convened by Gabon and Germany.

Liu called on the international community to step up law enforcement to combat illegal trade in wildlife.

“All countries must act together to fully implement the Convention on International Trade in Endangered Species of Wild Fauna and Flora and the relevant UN General Assembly resolution, and honor their obligations in this regard,” said Liu.

China has been closely cooperating with African countries on wildlife protection, Liu stressed. “China has been working with South Africa, Kenya and others based on cooperation agreements to protect wildlife.”

The very essence of wildlife protection and conservation is to ensure that plants and animals in the wild survive for many years to come and not disappear from the face of the planet forever. Although we rarely see them up close, wildlife plays an important role for everyone here on earth.

They’re also helping the federal government fight crimes against their wild relatives in the Arctic, thanks to advancements in forensic science and DNA testing.

The U.S. Fish and Wildlife Service’s Forensic Laboratory in Oregon often relies on zoos to maintain its database of DNA samples from protected animal species. But when the Columbus Zoo sent DNA from its six polar bears to the lab in March, it came with payoffs for both parties — including a confirmation of whether the zoo’s three newest cubs are male or female.

The lab’s scientists analyze evidence during investigations of violations of federal wildlife protection laws, including poaching, illegal trading of animals, theft of rare plants and creating products from endangered species.

The wildlife is crucial in nature. Unfortunately, humans are so good in disrupting this natural balance and are even responsible for most species extinction over the past years. What’s even more disheartening is the loss of animals that standout in nature such as whales, tigers, and rhinos breaks everyone’s heart as the future generations will no longer get to see and marvel at them anymore.

The disappearance of animals in the wild is also an indicator of the current state of the environment and what environmental issues continue to plague us to this day. Aside from the many practical and psychological benefits of biodiversity, we must protect the wild simply because we can’t have them back once they are all gone.

Protecting The Wild was originally published on NC Blog