When you think of tech-obsessed geeks, you’d often picture out geeky males wearing big glasses hunched over a computer. But as of late, more and more women are showing interest in everything tech-related. Well, you can’t blame them when your surroundings are full of technology – just think of smartphones and social media. Tech means fun these days, so it’s hard to resist getting engrossed with one technology after the other no matter your gender. Males aren’t the geeky nerds anymore because women can be just as good as men when it comes to dabbling with all things techie. 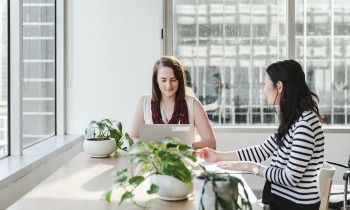 Women are actually more empowered now in various aspects of technology. With the demand for computer professionals, it makes perfect sense for women to consider a career in this field aside from the competitive pay, of course. Gender roles are no longer that big of a factor when it comes to succeeding as a tech professional that even women can build start ups and succeed in it with the right tools in hand. Of course, it has to deal with computers more often than not.

Is tech a boys-only club? So it seems. But the light of smart and powerful women is finally shining bright. We root for excellence and justice and, above all, we want meritocracy to win. This is our way of giving women in tech a shout-out.

A research study by The National Center for Women & Information Technology showed that “gender diversity has specific benefits in technology settings,” which could explain why tech companies have started to invest in initiatives that aim to boost the number of female applicants, recruit them in a more effective way, retain them for longer, and give them the opportunity to advance. But is it enough?

Men often show an early interest in Math and engineering at an early age. Even in college, most computer courses are dominated by males. One of the biggest hurdles is the closed mindset among older people that women can’t excel in a field like computing or engineering, for instance. Early on, young girls are told to take a different path like in education or nursing because those are more feminine professions. Or worse, be told not to study at all because they will likely stay at home and raise a family in their adult life.

Efforts to increase and support the ranks of women in technology jobs are emerging in Indianapolis and helping put a spotlight on gender imbalance in the industry, just as a raft of tech employers looks to fill thousands of jobs here over the next several years.

Ladies in SaaS, a monthly networking event for women at cloud-based software firms, kicked off in April 2016 and regularly draws about 70 people. Women in Digital, an Ohio-based networking organization with 15 U.S. chapters, had its first Indianapolis chapter meeting this month. Both aim to host meetups where women can make connections, share career advice, and draw inspiration.

Women who want to make a name for themselves in the tech world must start young. It means they have to take relevant and required subjects or courses as soon as they enter middle school just to qualify.

Hope and General Motors Inc. are launching the Women in Manufacturing & Technology program to prepare 60 local women for careers in science, technology, engineering and math.

The General Motors Foundation is funding the program with a $370,000 grant and a $338,000 donation for laptops and network infrastructure, Focus: Hope CEO Jason D. Lee said.

“We realized there was an opportunity to be in alignment with GM’s priorities in Detroit … and to position individuals for opportunities in manufacturing and IT,” Lee said.

The focus on women in Detroit, Lee said, helps get at the need to set good examples for the city’s youth. He cited a National Kids Count report detailing that more than 59 percent of Detroit children lived in poverty in 2012 and women led about 51 percent of all Detroit households.

Although not all women want a career in something tech-related, it is good that there are opportunities for women and even young girls to pursue a career in this path unlike before where most girls didn’t have a chance to even consider these careers at all. Even if we put more emphasis on the demand for computer professionals these days, it does not mean that other careers aren’t as fulfilling or as financially-rewarding. It’s just that computers run the world now and we need people who have a good grasp of the computing language and skilled in programming, for instance, to operate these gadgets in running a business or even an empire.