Our world is such in a bad state now. There are pollution and signs of progress wherever you look. People have little regards on their effects to the environment and only a handful speak up to protect nature and everyone else living in it. The funny thing is that we are one of the first to suffer when natural disaster strikes. Climate change is already a reality in our times that it has intensified natural weather phenomenon like hurricanes, flooding, global warming etc. and resulted to the death of many as well as destruction of properties. 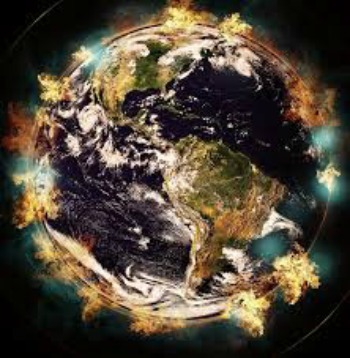 Then, there are individuals who are expected to lead their countries and even include environmental protection in the policies they make and push for. Unfortunately, Trump isn’t one of them. Just recently, he signed out of the Paris Climate Agreement joining Syria and Nicaragua. All the rest respect and uphold the agreement in order to protect what’s left of the environment but Trump thinks climate change is a hoax, so it’s no wonder that his personal biases led to this historic moment in American history that even North Korea slams him for doing so.

North Korea has condemned US President Donald Trump for pulling out of the Paris climate agreement, describing the decision as “the height of egotism” and an example of the “moral vacuum” in the US leadership.

“Global warming is one of the gravest challenges that humankind is facing today”, a Foreign Ministry spokesman told the state-run KCNA news agency on Tuesday.

“The ‘America First Policy’ advocated by Trump led to the withdrawal from the Paris Agreement”, the official said.

“This is the height of egotism and [a] moral vacuum seeking only their own well-being, even at the cost of the entire planet”.

The official added that withdrawing from the agreement is “a short-sighted and silly decision, ignorant of the fact that protection of the global environment is in their own interests”.

The US is one of only three countries that are not signatories to the climate pact, which Mr Trump has claimed hurts US industries.

Trump’s rationale for doing such a rash and foolish decision is even worse than that of Nicaragua that says their government don’t believe the commitment in the said agreements are extensive enough. However, that of Trumps is entirely a selfish one. He is only thinking about the welfare of the few and not of the well-being of everyone else who will be hurt by the further damage to the environment.

The US has refused to sign up to a G7 pledge that calls the Paris climate accord the “irreversible” global tool to address climate change.

The G7 environment ministers issued a final reportafter their two-day meeting in Bologna, the first since the US announced it was withdrawing from the Paris climate agreement.

In a footnote to the G7 report, the US said on Monday it would not join with the other six countries in reaffirming their Paris commitments, but said it was taking action on its own to reduce its carbon footprint.

The US footnote said: “The United States will continue to engage with key international partners in a manner that is consistent with our domestic priorities, preserving both a strong economy and a healthy environment.”

Major industries have a lot to do with the hastening of climate change. Since the industrial era, the world has heated up significantly and there’s no sign of it ever slowing down. The goal of the Paris Climate Agreement is to prevent the heating of the planet by 2°C considering it is now 1.1°C hotter since the industrial revolution. Many scientists agree that this warming up is mainly because of human activities.

Now here comes Donald Trump. The billionaire turned president who promised to make America great again. But since assuming office late last year, he never really did anything great that would take America into greatness once more. And by signing the US out of this agreement, it has endangered not only the lives of millions of Americans but virtually every living soul in the planet. America is a big nation with an economy that is first in the world. If manufacturers aren’t forced to change their ways for the environment’s sake, we can expect worse natural disasters in the years to come.

The blog article Mother Nature Suffers With Trump In The Lead was first seen on https://www.nakedconversations.com/