Life would be so boring without exciting and adventurous activities like sports. Although not everyone are gifted enough to be athletic in build, talent or skills, we all know how to appreciate many of these sporting events that interests us or captures our fancy. Athletes devote a great deal of their time in honing their skills especially if they compete in prestigious events like say, the Olympics. The prestige of winning medals in such competitions can be the highlight of any athlete’s career and determine their path in life. 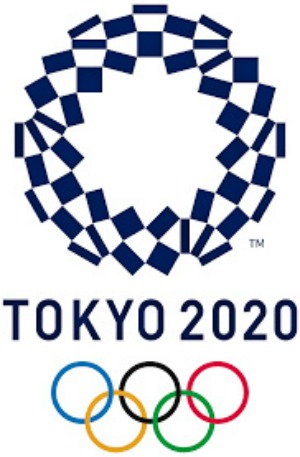 Every four years, a host country is tasked to prepare for the Olympic Games that were originally held in Athens, Greece. The next Olympic Games or otherwise known as the Games of the XXXII Olympiad will take place in Tokyo in 2020. Being the host country is both a big honor and a responsibility. For this event alone, a budget of 400 billion Japanese Yen was set by the Japanese government to spend for all the hosting preparations.

THE EXECUTIVE BOARD (EB) OF THE INTERNATIONAL OLYMPIC COMMITTEE (IOC) TODAY APPROVED THE EVENT PROGRAMME FOR THE OLYMPIC GAMES TOKYO 2020. THE DECISION MARKS A KEY MILESTONE IN THE EVOLUTION OF THE OLYMPIC PROGRAMME BY INTRODUCING YOUTH AND URBAN INNOVATIONS, SIGNIFICANTLY IMPROVING GENDER EQUALITY, AND REDUCING THE OVERALL NUMBER OF ATHLETES HENCE REDUCING THE GAMES’ FOOTPRINT.

Commenting on the decision, IOC President Thomas Bach said: “The fascinating new events that we approved today, together with the five new sports that were added to the Tokyo 2020 programme last year, represent a step-change in the Olympic programme. I am delighted that the Olympic Games in Tokyo will be more youthful, more urban and will include more women.”

The EB decision will lead to a net increase of 15 events, an overall reduction of 285 athletes from Rio 2016, and the highest representation of female athletes in Olympic history. In Tokyo, the number of mixed events will double from nine in Rio 2016 to 18. All new events will make use of existing venues.

Today’s decision is a significant step towards achieving the 50 per cent gender balance at the Olympic Games in both athletes and events, as clearly stated by Olympic Agenda 2020.

Sporting events like rowing, canoe, weightlifting, and shooting are now gender-balanced as well as in athletes for the same four events along with two more – judo and sailing. Freestyle wrestling, mountain bike, and BMX racing have also become gender balanced at a discipline level. Mixed events add more spice and excitement to the Olympics while the adding of events like BMX freestyle and skateboarding indicates the desire to tap a more youthful audience, which happens to be the biggest chunk in the global population today.

THE version of 3-on-3 coming to the Tokyo Olympics in three years isn’t exactly the same game seen on so many local playgrounds.

The IOC on Friday added 3-on-3 to the Olympic program for 2020 in an effort to give the games a more youthful and urban appeal. Basketball and Olympic officials hope the half-court game is as successful as beach volleyball — a smaller, faster version of the 5-on-5 sport.

World governing body FIBA had 3-on-3 in the 2010 Singapore Youth Olympic Games and in the 2014 edition of the event in Nanjing, China, the sport now becoming the first Youth Olympic discipline to be included in the Olympic program.

The introduction of the 3-on-3 basketball as an official Olympic sport is also a strong indicator that the committee also wants to give sports enthusiasts what they want to see, their favorite game of basketball. This move only goes to show that basketball is increasingly becoming a popular sport all over the world. However, basketball fans should not get disappointed if the basketball game they see on the Olympics is far from what they see how this game is usually played.

The Olympics committee is doing their best to maintain the importance and popularity of the Olympics considering that fewer cities are willing to host it and that its audience are mostly the older demographics. This is the main reason why new and more youthful sports were added into the line-up – to capture the attention and interest of the younger people if they want to stay relevant in an increasingly changing world.

What’s In Store For The 2020 Olympics See more on: NC Blog