Many changes are happening to the planet and it is not always for our best interests. For starters, the world is heating up way faster because more heat is trapped within the atmosphere because of global warming. Sea level is rising and becoming more acidic. Natural catastrophes are worsening each year and the worst is yet to come. Despite all these changes, the US government is turning a blind eye to the importance of environmental protection in the face of climate change threats. The US Environmental Protection Agency may even cease to exist as the federal government continues to reduce its funding to almost nonexistent. 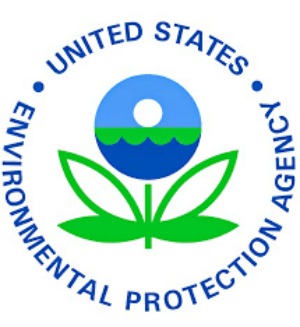 And just like with President Trump’s decision to sign out of the Paris Climate Agreement where local government units and even the private sector joined hand in hand in making positive changes for the betterment of the planet at a municipal level, environment groups are also making more noise than ever in an attempt to protect the US EPA from the budget cuts as proposed by the new administration. The activists point out how helpful the EPA is in not only preserving the environment but in protecting the health and well-being of the millions of Americans through the various environment-friendly programs they implement.

“The EPA is the only reason we’re not still drinking cancer water today,” said Michele Baker, a mother from Hoosick Falls. “President Trump and the people he has running the EPA should be looking for ways to strengthen our laws, to keep what happened here from happening anywhere else. It is beyond immoral that they’re pushing cuts instead. If Congress does not stop the President, people will get sick and die.”

Representatives from environmental advocacy groups Environmental Advocates of New York (EANY), Sierra Club, Food and Water Watch and Citizens Campaign for the Environment spoke of the importance of funding the endangered EPA programs at a press conference at the Legislative Offices Building in Albany on Wednesday, June 28.

Under Trump’s proposed budget, Energy Star and WaterSense programs, which help consumers purchase energy- and water-efficient appliances, would be eliminated, as well as the Office of Environmental Justice, which protects lower-income communities disproportionately affected by pollution. It would also remove funding for: Great Lakes and Lake Champlain clean-up programs; lead remediation support; marine, beach and fish safety programs; climate change research; and research into the dangers of pesticides. In addition, the budget would cut diesel emissions reduction grant programs by 80 percent, air and energy research by more than 60 percent and reduce funding for the already-underfunded Superfund program.

These activists highlight the importance of the EPA and how much we will suffer if they can no longer do their job because of insufficient federal funding. If the government fails to realize how vital the EPA is to our lives, they will make it their responsibility to educate the people of its importance before it is too late. They are especially pressuring New York Republican congressmen from passing this 31% EPA budget cut, all the time stressing out how much the EPA protects every family in America by slowing down climate change.

Faso said he opposes the proposed EPA budget cuts. “While there is certainly room for improvement at the EPA, I understand the importance of the agency’s role in protecting our environment and ensuring that we all have access to clean air and water,” said Faso.

Cooke said the fate of the cuts rests with GOP lawmakers, adding, “They need to protect us, not industry.”

The effort sounds similar to the town hall events on health care held in Congressional districts earlier this year, where lawmakers supporting Trump’s proposals to weaken Obamacare were met by crowds of angry constituents.

These EPA budget cuts are a direct threat to American communities that are already struggling with the many changes brought about by climate change. Without enough funds, the EPA will lose several long-term programs that the US desperately needs in order to reduce its carbon footprint and encourage the use of renewable sources of energy.

Green activists already stopped the government from doing so just recently but they have to do everything all over again for the new 2018 budget. The changes would even be more severe as the cuts are bigger than previously. If these budget cuts push through, the federal government can increase the budget for defense while virtually crippling other government agencies like the EPA. But the problem is, is that really what the rest of America needs? What will be left worth defending if the nation is no longer a great place to live in?

Rescuing The EPA is republished from http://www.nakedconversations.com